TOP 10
All Time
1
Zero Gravity Got Grounded
2
Griswolds Vocalize “High Times” in New Album
3
The Summer Set Announce Break-Up
4
Fyre Festival Crumbles Amidst Organizational Chaos, Leaving Hundred...
5
On the Dark Side of Festivals
6
Summer Camp : Who, What, Where, When and Why Are We Moving?
7
Bassnectar Leaks Info About 3-Day Bassnectar Curated Camping Festival
8
Album Review: Joytime by Marshmello
9
Chicago To Be Home Of EDC 2015?
10
Electric Forest 2016: Where Our Minds Were Awakened
previous
Mastodon Performs at the Aragon Ballroom
random
next
Event Reviews
4334 views 0 likes 0 comments 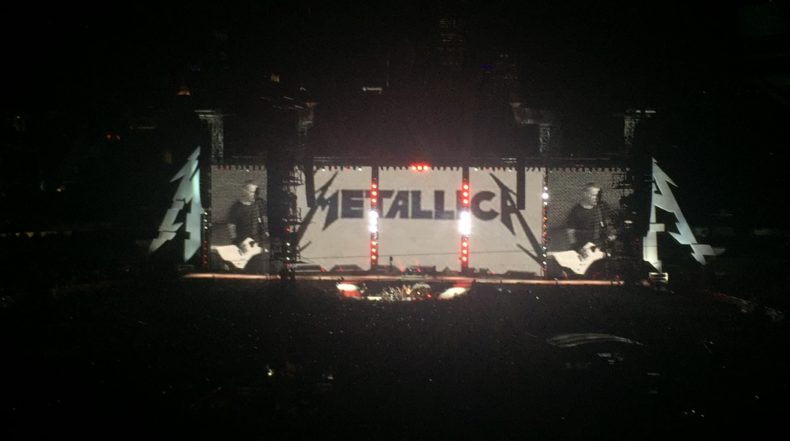 It’s been almost 8 years since Metallica came to Chicago headlining their own tour, and they did not disappoint. In front of a sold-out Soldier Field, Metallica proved that they are still here and just as relevant as the day they were formed.

Like most of their shows, the band opened with ‘The Ecstasy of Gold’, a song composed by Italian conductor Ennio Morricone for the movie The Good, The Bad, and The Ugly, before moving right into the opening track from their new album ‘Hardwired’.

The show was balanced with material from their newest album, Hardwired… To Self-Destruct, as well as some classic tracks from their older albums going as far back as their debut album Kill ‘Em All. At one point, bassist Robert Trujillo performed the bass solo from ‘Anesthesia (Pulling Teeth)’, with the image of the band’s late bassist Cliff Burton on the screen behind him, a touching homage to their old friend. Although the band seemed miniature from my place across from the stage, their giant images loomed on the large screens above them, projected alongside impressive graphics to go along with whatever songs they were playing at the time. I often found myself focusing on these more than I was on the band.

Alongside the large screens were impressive displays of lights, lasers, and pyrotechnics so hot I could feel them all the way on the other side of the field.

There were points where I felt that the show acted as more of a passing of the torch, especially when lead singer James Hetfield turned to a young boy in the audience and asked him point blank, “What does the next generation want to hear? Do you want it heavy?” before the band chugged into its ’91 classic ‘Sad But True’.

Despite the size of the crowd and the venue, the band managed to bring an air of intimacy to the show, at one point migrating to a small portion of the stage to perform together. “This is like the Metallica garage way back in the day,” Hetfield joked before ripping into ‘Seek and Destroy’ while old showbills from their first ever Chicago gig at the Metro in 1983 filled the screen.

All-in-all, I would call the performance a massive success, after a long night of singing along and banging my head, I still recall Hetfield proclaiming to the audience, “Tonight we are here to celebrate our similarities. We are Metallica family.”

-Often found myself focusing more on the graphics on the screens then on the band
-Merchandise, food and drink was expensive and seemingly overpriced

An amazing performance by one of the best bands in the world.

Born in the Chicago suburb of Wheaton, Dave has laid down his soul to the gods rock n' roll. He attended Columbia College Chicago as a major in Creative Writing. Some of his favorite things are heavy metal and pizza.
More Goodness
avenged sevenfoldjames hetfieldkirk hammett

Avenged Sevenfold Reveals New Drummer
Be the first to comment!
Leave a reply »