TOP 10
All Time
1
Zero Gravity Got Grounded
2
Griswolds Vocalize “High Times” in New Album
3
The Summer Set Announce Break-Up
4
Fyre Festival Crumbles Amidst Organizational Chaos, Leaving Hundred...
5
On the Dark Side of Festivals
6
Summer Camp : Who, What, Where, When and Why Are We Moving?
7
Bassnectar Leaks Info About 3-Day Bassnectar Curated Camping Festival
8
Album Review: Joytime by Marshmello
9
Chicago To Be Home Of EDC 2015?
10
Electric Forest 2016: Where Our Minds Were Awakened
Posts Tagged ‘heavy metal’
-
LATEST ARTICLES
1 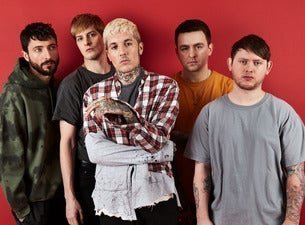 by Mickayla Whitton June 29, 2020
Bring Me The Horizon is known for how experimental they’ve been with their genre the past few years and their new song “Parasite Eve” proves that they will continue to do so. Following the release of their experimental album, Music to Listen To…, this song returns the band back to a more vocal sound.  The […] 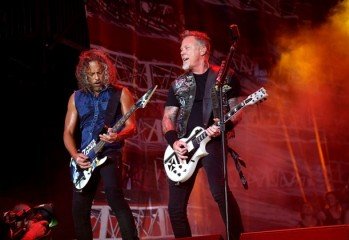 by David Gagnonon August 25, 2018
If you know me personally, you’ll know my entire wardrobe is comprised of almost nothing but black metal shirts. I’ve gotten them from all over: shows I’ve been to, finds from thrift shop, and even at a Target one time. The design has to be awesome though. I’ll rep your band for years to come […]
1

by David Gagnonon July 23, 2018
Avenged Sevenfold announced recently that they have been forced to cancel their summer tour. According to the band, frontman and lead singer, M. Shadows has been ordered by his doctor to rest his vocal chords. The tour was to begin on July 22 in Mansfield, ME and end on September 2 in Houston, TX. The […]
1

by David Gagnonon July 13, 2018
For whatever reason, “Africa” by Toto has been making a comeback. Not that I’m complaining, it’s a really good song. Lately, Trivium’s Matt Heafy, who has taken Twitch by storm recently, has put out a cover of “Africa” that he performed on his stream. Whipping out his seven-string electric to break up his trend of acoustic […]
1

Trivium Announce Fall 2018 Tour With Avatar and Light The Torch

by David Gagnonon June 16, 2018
Trivium has announced their next headlining tour for North America. If you haven’t seen this band before, now is the best time to do so. I got the chance to see them on their co-headlining tour with Arch-Enemy, and it was one of the wildest shows I have ever been to. Especially with their latest, and […]
1

Ghost Closes Show Early After Fan Collapses and Passes Away

by David Gagnonon June 13, 2018
On May 31st, the band, Ghost, ended their show in Milwaukee, WI after a fan in the crowd fainted during an intermission between songs. The paramedics were called, the man was taken away, and it was announced the rest of the show would be called off. The band also cancelled their appearance at a release party for […]
1234567
1234567