TOP 10
All Time
1
Zero Gravity Got Grounded
2
Griswolds Vocalize “High Times” in New Album
3
The Summer Set Announce Break-Up
4
Fyre Festival Crumbles Amidst Organizational Chaos, Leaving Hundred...
5
On the Dark Side of Festivals
6
Summer Camp : Who, What, Where, When and Why Are We Moving?
7
Bassnectar Leaks Info About 3-Day Bassnectar Curated Camping Festival
8
Album Review: Joytime by Marshmello
9
Chicago To Be Home Of EDC 2015?
10
Electric Forest 2016: Where Our Minds Were Awakened
Posts Tagged ‘manchester arena attack’
-
LATEST ARTICLES

Live Nation Rolling Out Enhanced Security Procedures for All Events

by meganetarteron May 26, 2017
Increased security searches and protocols at concerts and festivals may be the new norm in the aftermath of the Manchester Arena attack. Live Nation, one of the world’s largest ticket sellers and concert promoters, has allegedly announced stricter security procedures in place for all events. This comes as no surprise considering the attack at Manchester […] 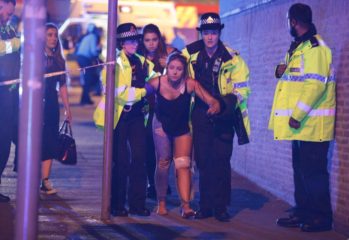 by meganetarteron May 23, 2017
Last night, at approximately 10:30 p.m. local time, a suspected terrorist attack devastated an Ariana Grande concert in Manchester, England. The attack came just as the concert was ending; 22 were killed with another 59 injured and countless still missing. Grande was unharmed. Monday night’s concert drew thousands of fans, including children, who were trying […]