TOP 10
All Time
1
Zero Gravity Got Grounded
2
Griswolds Vocalize “High Times” in New Album
3
The Summer Set Announce Break-Up
4
Fyre Festival Crumbles Amidst Organizational Chaos, Leaving Hundred...
5
On the Dark Side of Festivals
6
Summer Camp : Who, What, Where, When and Why Are We Moving?
7
Bassnectar Leaks Info About 3-Day Bassnectar Curated Camping Festival
8
Album Review: Joytime by Marshmello
9
Chicago To Be Home Of EDC 2015?
10
Electric Forest 2016: Where Our Minds Were Awakened
Posts Tagged ‘television’
-
LATEST ARTICLES

by Marissa Bachrachon April 29, 2020
“High Fidelity” is a Hulu Original TV show that premiered on February 14, 2020, inspired by the 1995 novel and 2000 film, both of the same title. Zoë Kravitz plays the main character, Robyn “Rob” Brooks. The show is a romantic comedy that follows Rob, a young Brooklynite who owns a record shop. After ending […]

by Marissa Bachrachon April 23, 2020
As a media junkie, lately, during quarantine, I’ve found myself binging as many movies and TV shows as possible. With that being said, when I’m not watching something, I’m almost always listening to something; whether I’m playing music while doing school work or listening to a podcast to help me fall asleep. As an avid […] 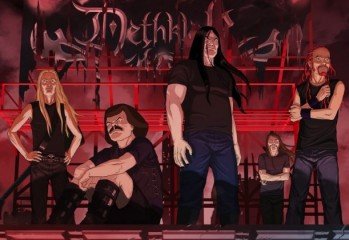 by David Gagnonon October 11, 2015
Since its cancellation by Adult Swim, there have been many calls for the return of the animated television show Metalocalypse to finish up its final season, but with no luck in bringing the show back. However, it seems that might be about to change. A few weeks ago, a website called MetalocalypseNow.com appeared. It showed a […]