Lotus at The Riviera Theater 11.27.15 Photos and Review 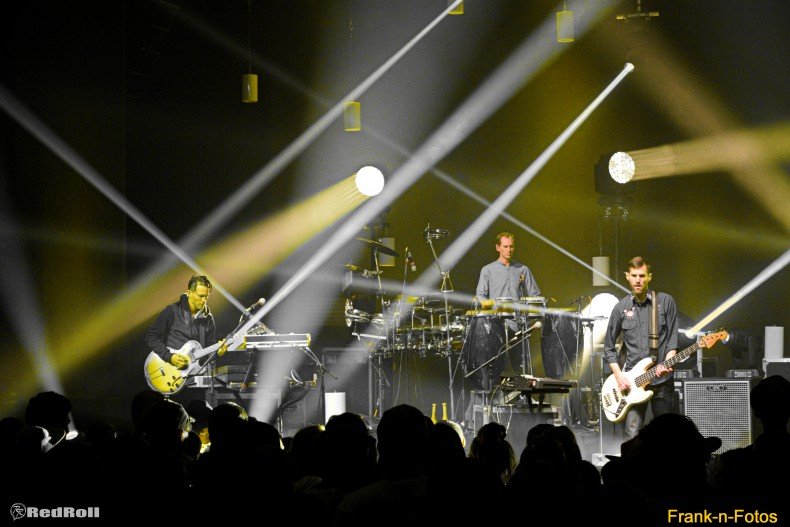 On the Friday and Saturday after Thanksgiving, Lotus took over the Riviera Theatre on the North Side of Chicago. Fans traveled from all over the country to catch these guys tear up the stage with their intriguing jams and surreal light show. The last time Lotus was in the area was in March this year, which means that fans were eagerly waiting for these two nights to arrive. Anyone who attended either or both of these shows will say the same thing: the band was on FIRE. It’s a good thing Lotus came out hot, because I know all the fans that had to stand in that brutally long will call line were eager to get inside, grab a quick drink and start dancing.

Lotus started out the two-night run after an opening set by REDUX, a dynamic dj duo from right here in Chicago. They came out of the gate strong with an extremely funky and throwback first set, that had all the longtime Lotus heads vibing hard. To end their first set, they played an awesome combination of Shimmer into Suitcases, then back into Shimmer. In the second set Lotus showed off their true musical talents by mixing in an unbelievable cover of the very relevant psychedelic band Tame Impala’s song, Elephant. Lotus really got the crowd jumping when they closed out the second portion of their set with a crowd favorite, Tip of the Tongue. Closing out the night with a solid fifteen-minute long encore had everyone eager for night two.

Saturday night was commenced by a very fun set from the electronic act Thibault. Around ten o’clock, lotus hit the stage beginning with two very upbeat and energetic songs, Tarot into Wax. Next, once again the boys showed off their musical intelligence when they covered the very awe-inspiring Ratatat song, Cream on Chrome. If this didn’t set the tone for the night, Lotus definitely set it clear when they ended the first set with one of their most famous and emotion filled songs, Spiritualize. After what felt like the longest set break in the world, Lotus came out and played in my opinion, their best set of the weekend. Tossing in fan favorites like Livingston Storm and then 128 to end it had everyone moving their feet all the way until the end of the show.

Overall it was a memorable two nights that brought old friends together as well as bring new friends together. The crowd was everything one could ask for: very polite, not to overcrowded and most importantly ready to smile and dance. Riviera had a very laidback security crew, which added to the generally good vibes felt throughout the whole theatre. The light show was phenomenal, synchronizing the stage lights with hanging lanterns that had the whole crowd focused on them. Whether you were getting sweaty on the dance floor, or killing it on one of the balconies, there was truly no bad seat in the house. Thanks to the guys of Lotus, their sound and light crew, and the staff of Riviera for having all of us out, I wish it had been a three-night run.

Photographer at Frank-n-Fotos
Bringing my visions of the world directly to you.

Thirteen Years of The Black Parade

The Influence of House Music
Be the first to comment!
Leave a reply »

Indulge in These Music Videos While Stoned

“Life Is Good” and Changing up the Vibe