TOP 10
All Time
1
Zero Gravity Got Grounded
2
Griswolds Vocalize “High Times” in New Album
3
The Summer Set Announce Break-Up
4
Fyre Festival Crumbles Amidst Organizational Chaos, Leaving Hundred...
5
On the Dark Side of Festivals
6
Summer Camp : Who, What, Where, When and Why Are We Moving?
7
Bassnectar Leaks Info About 3-Day Bassnectar Curated Camping Festival
8
Album Review: Joytime by Marshmello
9
Chicago To Be Home Of EDC 2015?
10
Electric Forest 2016: Where Our Minds Were Awakened
Posts Tagged ‘electronic pop’
-
LATEST ARTICLES
0

by Daniel Friedlandon June 3, 2019
After almost a decade, the renowned producer has returned with two new tracks Is He Really Back? With an over joyous certainty, we can proudly say that, YES, Jai Paul is back, and better than ever before. After nearly ten years of silence, Jai Paul released two surprise tracks on June 1. He also officially […]

by Ben LaScolaon April 15, 2019
Rising pop star Billie Eilish made her first ever Coachella appearance Saturday, April 13. Despite keeping fans waiting for roughly 40 minutes, Eilish played to a big, roaring, welcoming crowd. When Eilish finally took the stage, she gave the audience the moody, broody show they were waiting for. Her performance was far from perfect, according […]
21 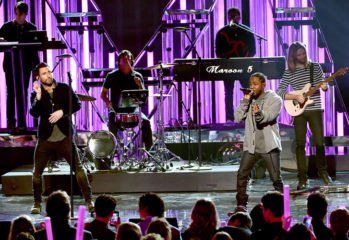 The AMA’s: An Observation in Pop Music Progression

by Alyssa O'Brenskion November 22, 2016
The annual American Music Awards aired this past Sunday, armed to showcase some of the year’s hottest hits in the mainstream music world. As the performance lineup carried out (which included artists like Chainsmokers, Green Day, Ariana Grande, and even Sting) there lingered a subtle monotony in the background of the entire show. It occurred […]

Five Chicago Concerts to Check out This February