TOP 10
All Time
1
Zero Gravity Got Grounded
2
Griswolds Vocalize “High Times” in New Album
3
The Summer Set Announce Break-Up
4
Fyre Festival Crumbles Amidst Organizational Chaos, Leaving Hundred...
5
On the Dark Side of Festivals
6
Summer Camp : Who, What, Where, When and Why Are We Moving?
7
Bassnectar Leaks Info About 3-Day Bassnectar Curated Camping Festival
8
Album Review: Joytime by Marshmello
9
Chicago To Be Home Of EDC 2015?
10
Electric Forest 2016: Where Our Minds Were Awakened
Posts Tagged ‘new album coming’
-
LATEST ARTICLES

by Darleneon August 17, 2020
Deftones recently updated all their social media to a black profile and people are speculating that this could mean a new album. If you visit their official website it is also blacked out with the option to submit your email for any and all updates. The URL also recently became “deftones.com/0925,” which further hints the […] 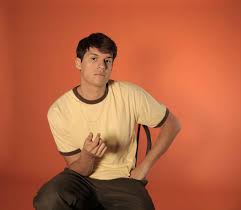 by Marissa Bachrachon August 4, 2020
Alternative R&B singer-songwriter Omar Apollo took to Instagram and Twitter on August 3 to announce his upcoming debut album. This album will follow several 2019 singles, as well as Apollo’s 2018 debut EP, Stereo. Apollo also shared that the first single from the album, “Stayback” will be released on Friday, August 7, 2020. Pre-save/pre-add “Stayback” […]

ODESZA and Golden Features Release the First Two Songs from Their Collaboration: Bronson

by Mallory Dwortzon April 29, 2020
ODESZA and Golden Features have been hard at work collaborating on a new project, Bronson. They announced the completion of their upcoming album over the weekend, but it has been in the making for quite some time. Harrison Mills and Clayton Knight (ODESZA) released Thomas George Stell’s (Golden Features) EP in 2016 through their label […]

Patti LaBelle and Gladys Knight Battle It Out
2

Saba’s Two New Singles “Mrs. Whoever / Something in the Water” Are Mourning the Absence of Radical Change

Get Ready for Virtual ROO-ALITY