TOP 10
All Time
1
Zero Gravity Got Grounded
2
Griswolds Vocalize “High Times” in New Album
3
The Summer Set Announce Break-Up
4
Fyre Festival Crumbles Amidst Organizational Chaos, Leaving Hundred...
5
On the Dark Side of Festivals
6
Summer Camp : Who, What, Where, When and Why Are We Moving?
7
Bassnectar Leaks Info About 3-Day Bassnectar Curated Camping Festival
8
Album Review: Joytime by Marshmello
9
Chicago To Be Home Of EDC 2015?
10
Electric Forest 2016: Where Our Minds Were Awakened
Posts Tagged ‘new album’
-
LATEST ARTICLES

Everything We Know About Lana Del Rey’s Upcoming Album

by Marissa Bachrachon September 9, 2020
Lana Del Rey has been hinting at a new album via Instagram for months. Finally, now more details about the upcoming album are being released! Last week, Del Rey posted a video from the set of an upcoming music video on her Instagram. In the video, she shared that she was on the set of […]
4

Bad News for the BRONSON Album

by Mallory Dwortzon July 19, 2020
ODESZA and Golden Features’ collaborative project, BRONSON, has been gathering support all summer. Their first three songs are the perfect introduction to an album forged in the heat of love, creativity, and lots of hard work. Where is the album though? The debut album was originally set to be released on Friday, July 17, but […] 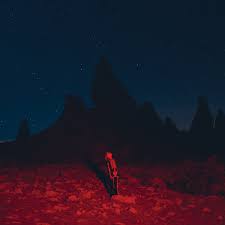 by Marissa Bachrachon June 24, 2020
Indie singer-songwriter Phoebe Bridgers came out with her sophomore album, Punisher, on Thursday, June 18. Originally, the album was due to come out on June 19, which was also the holiday Juneteenth. Bridgers tweeted on Thursday that she’d instead decided to release the album a day earlier in honor of the Black Lives Matter movement. […]

by Jackson Redon May 29, 2020
Kota the Friend is a rare breed. It’s not every day that an artist primarily driven by the intrinsic desire to create rises to the upper echelons of an industry dominated by consumerism and attention economics. In a way, he represents a total rejection of the quintessential Hollywood music scene; beholden to no label, no […]

by Mickayla Whitton May 27, 2020
This past month, the alternative indie-pop septet Sister Species released a new album entitled “Light Exchanges.” With only a 26 minute run time, the band manages to pack a beautiful symphony, instruments, and melodies in ten songs. Four of the tracks on the album are instrumental songs, sounding similar to meditation music. While these songs […]

by Mickayla Whitton May 21, 2020
This week, the former As It Is band member, Ben Biss announced his new solo project under the name Bleak Soul. With a debut record, ‘existential meditation,’ coming out TOMORROW (May 22nd), the album will consist of 8 tracks.  To give fans a little taste of what the album will sound like, Ben released a […]
123456
123456

Patti LaBelle and Gladys Knight Battle It Out