TOP 10
All Time
1
Zero Gravity Got Grounded
2
Griswolds Vocalize “High Times” in New Album
3
The Summer Set Announce Break-Up
4
Fyre Festival Crumbles Amidst Organizational Chaos, Leaving Hundred...
5
On the Dark Side of Festivals
6
Summer Camp : Who, What, Where, When and Why Are We Moving?
7
Bassnectar Leaks Info About 3-Day Bassnectar Curated Camping Festival
8
Album Review: Joytime by Marshmello
9
Chicago To Be Home Of EDC 2015?
10
Electric Forest 2016: Where Our Minds Were Awakened
Posts Tagged ‘new music release’
-
LATEST ARTICLES

Singles To Check Out – April Update

by Darleneon April 8, 2021
As another month concludes, a rush of early summer smashes are being bestowed upon us. Check out the latest releases from the following three artists: Fickle Friends Genre: Pop “Not in the Mood” is a pulsating pop song about self-assurance and the realization of self-worth. Not everything may work out as initially planned, but it […]

Check Out These Three New Singles by Women Musicians

by Marissa Bachrachon January 22, 2021
If you’re looking to kick off your 2021 with some new music, look no further. Here are three recent releases, all by women artists that you should listen to! “34+34 Remix (Feat. Doja Cat, Megan Thee Stallion)” by Ariana Grande Pop queen, Ariana Grande, recently dropped a remix of her song “34+35” with Doja Cat […] 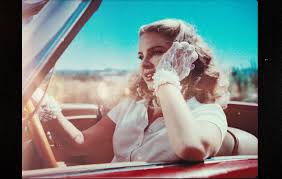 Lana Del Rey’s Newest Single, “Chemtrails Over The Country Club,” Is Finally Out

by Marissa Bachrachon January 14, 2021
Lana Del Rey’s newest single, “Chemtrails Over The Country Club,” finally dropped on Monday, January 11, 2021. After hinting about the title track via social media, some fans were expecting the whole album to be released. Instead, Del Rey dropped the title track, and following the release of the single, she also released the music […]

by Marissa Bachrachon December 23, 2020
Fans of Lana Del Rey can agree that 2020 has not been the best year for the alternative pop singer. This year included several questionable stunts for Del Rey, including slightly tone deaf commentary on other singers and wearing what appeared to be a mesh face mask to a meet and greet. But with that […]

by Marissa Bachrachon November 4, 2020
Portland-based up-and-coming singer-songwriter, Madisenxoxo, took TikTok by storm this past spring when the video of her recording vocal harmonies for her song, “Baby in Blue,” reached over 1 million views. Six months later, and now Madisen has three singles out: “Baby in Blue,” “19,” and “Plead No Contest,” which came out on November 1. With […]

Here Is Everything We Know About Ariana Grande’s Upcoming Album

by Marissa Bachrachon October 28, 2020
If you live under a rock, or just aren’t a fan of pop icon Ariana Grande, you may be unaware that she has a new album dropping on October 30. The album is entitled positions, and a single of the same title has already been released. Watch the “positions” music video below to see Ariana […]
123
123

Get Ready For “Planet Her”
7

Singles To Check Out – April Update