The infamous dead rapper XXXTentacion is apparently getting his own TV show.

Base Entertainment opened a casting call for the TV pilot, and a lot of people are getting excited about it. Others, however, realize the potential dangers of creating the show.

It is fairly well known that XXXTentacion has a history of abuse and homophobia. This should outweigh any kind of musical talent he had, and there should not be a TV show made about him.

XXXTentacion started off as a SoundCloud rapper and was going to be the next big thing in music. That is, until he was gunned down at 20 years of age. I remember the day this made the news. A bunch of people (almost all men) were posting “RIP XXXTentacion” on various social media platforms, praising him for raising awareness for depression and suicide.

His hit song “SAD!” mentions suicide and how he is “sad and low”. The song lyrics consist of the same verse eight times, but apparently this made him a musical genius. His dark and personal songs seemed to resonate with a lot of young people.

What was too soon forgotten in these obituaries, was a darker side to XXXTentacion. Apart from his career in music, he is known for his confession to domestic abuse against his then pregnant ex-girlfriend.

He also confessed to stabbing three people during a fight in Deerfield Beach, Florida. Aside from that, he has made extremely homophobic comments.

So why does this man get so much praise? No amount of talent should be able to overshadow the violence this man has perpetrated.

A TV show about XXXTentacion may not be the best idea. If a young man sees an abuser getting this much attention, he may think he can get away with abuse too. We live in a time where we cannot let this stuff slide anymore. Violence against women is a scary reality, and we cannot have young men looking up to a man who beat his ex-girlfriend.

Although he was talented, but his music does not define him as a person. It is clear he was violent and hateful. Even if the show were to highlight the negative aspects of the rapper, he would still be receiving undeserved posthumous attention. People should be allowed to continue to enjoy XXXTentacion’s music, but his values should have died with him. 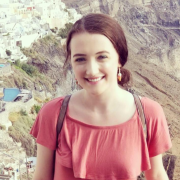 I am from downtown Chicago, but spent 4 years living in London when I was younger. I am currently a sophomore at DePaul University, studying communications. Besides writing articles, I also do improv and write comedy.

The Weekends Are Dead!