This past Saturday, underneath the cast of the overhead skies, an event that had remained dormant for over a year saw the sun align just right to awaken a league of EDM giants out from underneath the grounds of Chicago’s own Addams/Medill Park. Fans from all over came as their favorite artists put out the call for a two-day festival that proved to be one to remember.

Saturday kicked off the return of one of Chicago’s most beloved EDM Festivals: Spring Awakening.

Addams/Medill park welcomed the return of homesick fans and newcomers alike. Black boots, kaleidoscope goggles, and neon outfits were dusted off as fans made their way through the gates to be welcomed to a giant playground dreamed up by React Presents, living up to the production level that the promotion company has come to be renowned for. Complete with 5 stages this year, a silent disco, and a bigger than ever Corona Electric Beach stage, the festival grounds truly had enough for fans to explore for a whole weekend.

In true EDM fashion, the park was decorated with multi-colored sculptures, rainbow-lit walkable installations, and plenty of Instagram-able photo ops. Lined all along the grounds were dozens of tents hosted local food vendors, merchandise tables, and plenty to drink.

Saturday started off with a blast with sets from hometown favorites: AVI SIC, Gettoblaster, and White Owl, each with local DJ residencies or regular performances in the Windy City. However, quickly the party came to a stop after scattered storms and inclement weather forced the festival to evacuate all festival-goers for roughly 2 hours. Gates finally reopened at 5:45 p.m. and a new schedule cut set times short in order to adapt for the shortened time. But for fans, most were just grateful to leave the rain and continue on with the festival.

On Saturday, I mostly observed the Equinox stage, bringing in large crowds with notable performances by Two Friends, Matoma, Madeon, and to finish the night off with a bang… Galantis & Excision. Two friends brought the heat with exciting and lovable throwback mashups included remixes of college fave: Mr. Brightside, Disney classic: You’ve Got a Friend In Me, and their new single: Love Love. The crowd danced and celebrated hearing new drops to their favorite songs and off the charts energy from the duo. The stage was electric featuring a dome-like setup, complete with three massive inter-connected LED screens and two giant strips in between the trussing rising up to the northernmost point.

Matoma followed right after with an explosive set of his own, getting the crowd to their feet, and even debuted some new music for his die-hard fans. We’re excited to see a new drop from Matoma coming soon.

Perhaps in a league of his own, the next performer perhaps stole the show of the night bringing his Good Faith Tour to the Spring Awakening grounds: Madeon. Madeon gave a truly electric performance that stimulated the senses and blew out our eardrums with his heavy bass hits. He showed off a spectacularly choreographed show, complete with the lights accentuating his every move and his visuals drawing us in, telling a story of the silhouette on stage in the outlaw hat.

Finally, to close out the night, Galantis played his greatest hits and teased us throughout the show with an intro featuring a mashup including crowd favorite: Runaway. The banging of the drums behind them had the crowd jumping off the ground and had rail riders headbanging along. With every drop, the stage exploded with fire spewing from the stage and CO2 blasting above the crowd at the climax of a song. Galantis finally gave in to the demands of the crowd and ended the night with his closing number Runaway that had the cheering even after he was gone: “One more song!”

At the same time, the king of dubstep himself, Excision, was closing out the Solstice stage. With the mind-melting and neck-breaking music we have come to love from Excision, the crowd was giving 110% of their energy to make sure the rain-delayed set was taken full advantage of.

After a good night’s rest (or a long night of after-parties for others) the festival was back on for Day 2. Showtek’s set the tone on the Solstice stage, with his chest-thumping beats getting the crowd jumping, the shufflers shuffling after the drops, and hands in the sky as he built up to his drops.

The stage setup was industrial with hanging trusses all over the stage, blinders packed in pockets around the stage, and the quintessential moving lights that cut straight through the air. This dardy (day party) showed us all how it’s done.

Sofi Tukker followed, drawing a crowd and fans excited to hear the breakout star who rose to stardom and quickly captured their fans attention by introducing us to their new music, robust catalog, and their distinct jazzy sound, rhythmic bass lines, crisp hi-hats, and low vocals from hit songs like Best Friend and Purple Hat.

The festival was catching fire! But when there’s a fire, mother nature brings the rain. Mirroring the day before, rain poured down on Chicago, but it wasn’t enough to keep fans down as the event staff allowed the festival to continue and artists were allowed to perform their sets.

Perhaps the threat of having the fun end added to the fans’ insatiable desire to continue the party, because when Said the Sky took the stage, the crowd looked like the stuff of magic. Fans grabbed anything they could to stay dry, everything from makeshift ponchos made from trash bags, to hiding under the trash can lid itself. Others said let it rain, as Said the Sky’s heavenly songs rained down on them. His music inspired the crowd to press in as the music swelled and the crowd celebrated the great outdoors when drops hit, and water droplets hit their faces. If there was one picture to describe Spring Awakening, this would be it.

We moved onto the silent disco under the colorful big top. From the outside looking in, you may not be able to hear the music, but people dancing like no one was watching having a great time was enough to draw anyone in. You go inside and the energy and friendliness of your fellow awakeners was exciting. Slip the headphones on, and you’re transported into a musical landscape as big as the grounds itself. I’ll admit this one was a favorite.

Streaming the dance music into our heads was Kar Pow, we walked past her a few times before being friendly to everyone, but it wasn’t until we saw her in her element that she just became a superhero engaging with the crowd, getting off her feet when she spun, and even coming out to the crowd for a moment to dance with her biggest fans. It’s not a surprise to know her mission is to inspire and empower through music and raw, unfiltered emotion. I don’t know anyone else better for the job.

The time had come for headliners. I had chosen Dillon Francis and Martin Garrix. At the Solstice stage, I made my way into the crowd and from my angle, it seemed like there was double the amount of production: more lights, more screens, more everything. As I waited in the darkness I saw my fellow Awakeners pile in, all excited to see what was in store. The lights went out and a throbbing bass played to the rhythm of a heartbeat along with a siren after the crowd was in enough suspense the first snare hit and the name Dillon Francis lit up the screens. The graphics went crazy and the song sped up, the horns were loud and brash, and the vocal got higher and higher until it was time to drop on the first song of his set: Pull Up. As he looked down on the crowd he shouted out into the crowd: ‘Chicago!!’ garnering the affection of the crowd losing their minds.

Other songs in his set included Say Less with G-Eazy, Miss the Rage where his stage turned purple and trippier (no pun intended), No Bystanders by Travis Scott ft. Juice WRLD & Sheck Wes, A remix of I Like It by Cardi B ft. Bad Bunny and J Balvin with the crowd singing along in Spanish, and perhaps my personal favorite: Runaway by Kanye West leading the crowd in the suspenseful sequence of piano notes that scale down until climaxing to the drop, but instead, the rhythm changed and there came another note down the scale throwing listeners off, til we here those iconic words: When I was a young boy.

True fans showed up and showed out at Spring Awakening 2021 enduring rain and mud, but after asking several fans as they exited the grounds, “it was all worth it.” Here’s looking forward to Spring Awakening 2022 and the spirit of the festival finding us again next year.

View the full photo gallery of Spring Awakening Music Festival 2021 below.
Thank you to Mark Reddington Photography for capturing these awesome shots! 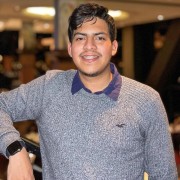 Hi I'm Mark and I like music that makes your face melt off.

‘Rainbow Brain’ out now, watch GRiZ’ new movie and listen to the album

Get Ready for Virtual ROO-ALITY