This musical tells the story of Jesus (John Legend), Mary Magdalene (Sarah Bareilles) and his followers in the weeks leading up to the betrayal by Judas (Brandon Victor Dixon) ending with the crucifixion of Jesus. Cooper, rocking a gold suit and skull cane as King Herod ended his song with a mic drop and the crowd exploded into wild cheers.

Join Alice Cooper’s minions by listening to his radio show, “Nights with Alice Cooper”, on The Fox 103.9 in the Chicago area at 7PM weeknights.

Looking to see Alice Cooper up close and personal? He is performing August 3rd in Milwaukee, Wisconsin at the Wisconsin State Fair. 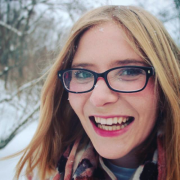 Adventurous Northwest suburban girl, with a passion for fashion and photography. She is discovering the music of her incredible city!

Porter Robinson Announces Album Drop, and Shares Inspiring Words Following the Release of His “Look at the Sky” Music Video