TOP 10
All Time
1
Zero Gravity Got Grounded
2
Griswolds Vocalize “High Times” in New Album
3
The Summer Set Announce Break-Up
4
Fyre Festival Crumbles Amidst Organizational Chaos, Leaving Hundred...
5
On the Dark Side of Festivals
6
Summer Camp : Who, What, Where, When and Why Are We Moving?
7
Bassnectar Leaks Info About 3-Day Bassnectar Curated Camping Festival
8
Album Review: Joytime by Marshmello
9
Chicago To Be Home Of EDC 2015?
10
Electric Forest 2016: Where Our Minds Were Awakened
previous
Waterparks' "Fandom" - Album Review
random
next
Lizzo Responds to Recent Drama
0 likes 0 comments

In a money-hungry, dog-eat-dog world, the internet took the music industry by storm and either drove it straight off the Golden Gate Bridge, or gave it a penthouse full of drugs, liquor, and a Hollywood Boulevard view, depending on who you talk to.

Sure, online music streaming has given us artists like Austin Post, a couch-surfing nobody who became Post Malone overnight thanks to SoundCloud. It gives a platform that makes it “easier” for unknown artists to get their names out there, but while it helps new artists get discovered, it also hurts the pockets of plenty of musicians.

For example, Spotify pays between $0.006 to $0.0084 per stream to the “holder” of the rights of the music, which can vary from the producer, to the artist’s label, not just the musician themselves.

I’m not here to rant about Spotify or SoundCloud, though I could go on for hours. Plus musicians make most of their money from (a percentage of) ticket sales and their merchandise anyway, right?

So what happens when secondary ticket platforms (like StubHub) and automated scalping bots eat up a large fraction of tickets for a certain band or artist’s show?

They up the price, making it more difficult for everyday people to afford to go to, which then eats away at merch sales, as well as the artists’ and fans’ experience. And let’s be honest, if I talk myself into paying over $100 for a concert ticket, I’m probably not spending the extra $25 on a t-shirt after I get there.

Earlier this month, Canadian musicians Tegan and Sara attempted a trial run at tackling this issue in San Fransisco on their current tour.

“It has come to our attention that significant numbers of tickets to our show tonight in San Francisco were unethically gobbled up by secondary ticketing platforms during our tour on-sale in July. While the show tonight is technically sold out, many of these tickets are now being flooded back into the market for re-sale. Because there is little time to sell and we never ask our fans to go to secondary sites, this will likely result in empty seats tonight in the Sydney Goldstein Theater.

Our goal is to ensure that our real fans are in each and every seat, and to prevent secondary platforms from hurting our show. As an experiment, tonight in San Francisco we will be offering rush seating for all open seats, at approximately 8:15pm. This means that we will allow any empty seats to be available on a “first come first serve” basis in return for a “pay what you can” cash donation at the door to The Tegan and Sara Foundation, which works to support LGBTQ+ girls and women. After analyzing the secondary sites, we estimate we may have over 200 seats to fill at the last minute tonight. We would ask you to line up at the venue in the evening for the chance to be admitted into the show at 8:15pm, but note we can’t guarantee seat availability.

We will be continuing to work on this frustrating problem this week and will keep everyone posted on rush seating and ticket availability to upcoming shows.

This tactic worked, and filled an already “sold out” crowd with excited fans, rather than a half empty “sold out” show with people rightfully refusing to pay two to three times the face value of a ticket on sites like SeatGeek and Vivid Seats.

Tegan and Sara have continued to do this on their “Hey, I’m Just Like You” tour, adding rules and regulations as seen fit, via Rush Seating. With a “pay what you can” price limit, anyone can go, and all of the money goes towards an amazing cause besides.

I hope more artists follow suit at trying to tackle this issue, and maybe even give a little to a good cause while in the process. 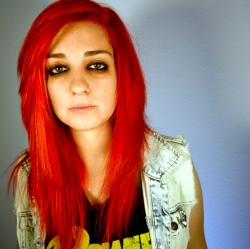 Latest posts by MackenzieTempleton (see all)

What’s been up with Keef lately?
Be the first to comment!
Leave a reply »