After the great Vine shutdown of January 2017, audiences everywhere yearned for its return. Three years later, its creators are back with Byte, a new video looping app that “celebrates life, community, and pure creativity,” its app’s description reads. “Nostalgia is our starting point, but where we go next is up to you.”

This news, however, didn’t phase its competition, the world’s most manic video-sharing app: TikTok. Owned by Beijing-based startup, ByteDance, the platform has its sights set on something far greater: expanding its hegemonic presence into the music industry.

Last week, ByteDance acquired a licensing deal with Merlin, a digital agency that represents independent record labels such as Diplo’s Mad Decent, whose roster includes acts like Snoop Dogg, Dillon Francis, and Flosstradamus; to Domino, home of artists such as Animal Collective, Arctic Monkeys, and Dev Hynes; to Mom + Pop, who features Courtney Barnett, Flume, and Jai Wolf — get ready for some well-soundtracked TikToks, folks.

The Merlin licensing deal is just the cherry on top for ByteDance: in early 2019, the company announced their plans of starting a music streaming service, Resso, which has since launched in India and Indonesia.  All works obtained from the Merlin acquisition will also be available to stream on the Resso app, which has 27,000 users at the moment.

In contrast to streaming platforms like Spotify, Apple Music, and Tidal, Resso takes the social media approach, allowing for plenty of opportunities for interaction between its users.

Music is meaningful when shared with others. Resso’s community features let you interact with your friends over your favourite tracks, create and share playlists, comment on the tracks you love.

With over one billion users on TikTok alone, its influence is substantial; songs featured on the app are often catapulted into overnight hits, creating dance challenges to tracks new and old — from the humble beginnings of Lil Nas X’s “Old Town Road,” which just won the 2020 Grammy for Best Music Video; to the cult choreography of Doja Cat’s 2019 discotheque pleaser, “Say So,” which has since found celebrities, nurses, and therapists alike doing body rolls along to its funky, Nile Rodgers-ripoff guitar groove.

With no word yet on when Resso will launch in the United States, ByteDance still has plenty of work to be done, including securing the licenses of big-name labels like Sony, Universal, and Warner. Should Resso take off, it will be the first music streaming service of its kind to incorporate social media-style interactions with its users. 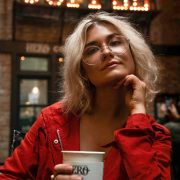 I recently graduated from Columbia College Chicago, where I studied multimedia journalism. Writing has always had my utmost devotion, with music coming in at a close second; since I dance like Elaine Benes and cannot sing if my life depended on it, marrying the two is a dream come true for me.

Jai Wolf Ventures Composure With “A Cure to Loneliness”

Trivium Announce Fall 2018 Tour With Avatar and Light The Torch

Swedish House Mafia: How to Win Free Shows and More for Life