TOP 10
All Time
1
Zero Gravity Got Grounded
2
Griswolds Vocalize “High Times” in New Album
3
The Summer Set Announce Break-Up
4
Fyre Festival Crumbles Amidst Organizational Chaos, Leaving Hundred...
5
On the Dark Side of Festivals
6
Summer Camp : Who, What, Where, When and Why Are We Moving?
7
Bassnectar Leaks Info About 3-Day Bassnectar Curated Camping Festival
8
Album Review: Joytime by Marshmello
9
Chicago To Be Home Of EDC 2015?
10
Electric Forest 2016: Where Our Minds Were Awakened
Posts Tagged ‘the 1975’
-
LATEST ARTICLES
2 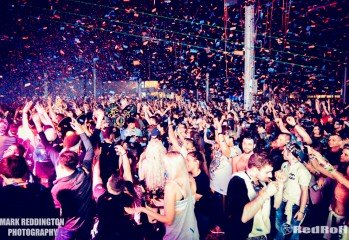 April Will Shower Us With New Albums

by Sarah Robertson March 9, 2020
The month of April is associated with the saying, “April showers bring May flowers,” but I’m here to tell you that April won’t just bring down some water from the clouds– it will rain album releases. The first Friday of April will yield 11 album releases. 3 NOTABLE ALBUMS FOR 4/3 1. Arizona artist, Alec […]

Check out These Five New Songs

by Marissa Bachrachon February 27, 2020
This past weekend, several artists released new albums and singles that we’re super excited about. Here are five new songs released this past weekend that everyone should listen to: 1. “After Hours” – The Weeknd This new The Weeknd song has the same pop beat you’d expect from most of his music, but the build-up […]
0

by Marissa Bachrachon January 23, 2020
The 1975, British alternative pop/rock band, took to Instagram on January 16 to announce their upcoming North American tour. The tour will be accompanied by openers Phoebe Bridgers and beabadoobee, and kicks off in Houston, TX in late April.  The band also released the single “Me & You Together Song” on the same day as […]
2

by Mallory Dwortzon January 23, 2020
January is treating us to a bunch of new music so far. This week gave us a couple new songs from two very different artists. That’s essentially why I wanted to write about them together. Pigeons Playing Ping Pong and The 1975 are such good examples of artists who have managed to maintain the same […]

Upcoming Albums to Look Forward to In 2020

by Darleneon January 8, 2020
With the new year comes plenty of great new albums to come. Many huge names have confirmed their upcoming album, or some sort of music release. Below are just the peak of some upcoming project for the beginning of the year. Some dates are still vague but there are some definite known releases to look […]

by Ben LaScolaon August 1, 2018
The 1975 released a new song titled, “Love It If We Made It.” The track is a bold protest of modern times. The latest from the British indie-pop group wastes no time getting right to the point: Lead singer, Matthew Healy is fed up with the current state of affairs. No one is safe from the […]
12
12