Indie rock from down under invaded the new release wave last Friday, when Australian band The Griswolds released their newest album. High Times For Low Lives offers far more highs than lows, making this album one to consider adding to your music library. 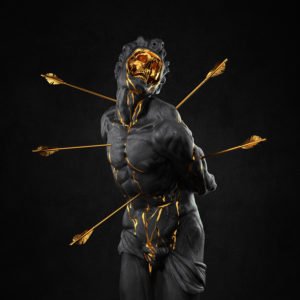 This album could not have started itself out on a higher note. The introductory track is conveniently catchy and a proper initiation for one of the most successful pieces of the composition, “Out Of My Head”. It’s a song pulled together so right that everything that follows it is a little bit wrong. That being said, there are plenty of elements that bring the greatness bubbling within this album crashing to the surface.

“Comedown – Interlude” has just the right timing, serving as a very literal coming down from the champagne and “getting high” in “Birthday” before jumping right back into the high energy mobility of the album.

Picking things back up is “YDLM”. And, while it carries a lovable upbeat nature that the Griswolds are such an embodiment of, this song is quickly forgotten. Although it was the latest single released, “YDLM” reveals itself as quite uncoordinated, out of sync to the point just below that of redemption.

“Rufio” is a change of pace rhythmically, featuring a thorough drum sequence unlike any other on the album, which really singles out this track as a deep and unique one. High Times For Low Lives gets significantly deeper as it moves through, transitioning from the empty intoxicated nature of “James Joint” to the heavy-handed sentiment behind “Hate That I Don’t Love You”.

Plenty of the tracks on this album are an experimentation of the coming together of separate sounds and rhythmic strategies, in hopes that they end in happy cohesion. In cases like “YDLM” it doesn’t work, but in ones such as “Lookin’ For Love”, it’s off-balance chemistry is oddly addictive. 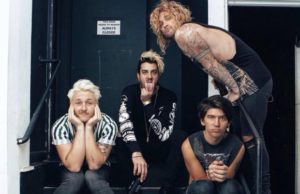 The Griswolds (photo by Nicole Fara)

Undoubtedly, the title track is the grounding element amongst the animated chaos. It formulates the scattered realms of each and every song with the theme of the album itself, reminding the listener that they are indeed engaging with the high times for the low lives. “I Want It All” further builds on what the title track is striving to reinforce, with a depth of futuristic instrumentals and faraway vocals. Somehow, this is exemplary of the distance that exists between the artist and the audience, while forcing this close proximity between the audience and the music.

The Griswolds laid themselves out in this album. The ever-present tenacity that they project in their previously popular Be Impressive from last year translated greatly in their production this year. They show through this release an upbeat and unbridled stamina, demonstrating their ability to relinquish that likeable recklessness again and again.

Follow me
Alyssa O'Brenski
Writer/Editor at 89.7 KRUI.fm
Southwest-suburb born and raised, and attending University of Iowa. Chicago, its sports, and an infinite amount of music are a few things I can't get enough of.
Follow me
Latest posts by Alyssa O'Brenski (see all)
0 likes
Editorials
Album Reviewalternativehigh times for low liveshigh times for low lives reviewindie rockout of my headrockthe griswoldsthe griswolds new albumthe griswolds reviewYDLM

Southwest-suburb born and raised, and attending University of Iowa. Chicago, its sports, and an infinite amount of music are a few things I can't get enough of.
You might also like
Album ReviewalternativeEditorials

Brandy Reestablishes Her Place in R&B With “B7”

Mini-Reviews: “Under The Spell” and “Midnight Reverie”
Be the first to comment!
Leave a reply »

Lana Del Rey’s Newest Single, “Chemtrails Over The Country Club,” Is Finally Out

Chevelle Is Back With “Self Destructor” and Niratias