As resurrected from what was believed to be continued nevermore, a new wave of gothic revival has been implemented in current club culture and in various other underground scenes. With a recent influx in popularity, the once predominately countercture idealism has found its way seeping into mainstream media.
As any old school electro-head or goth rocker will tell you, the fabled old school goth club scene was for the regular non-conforming, expressive young adult to feel entirely accepted by a group of like mined peers, appreciating the newly innovated vulnerable, and sensitive nature of the genres such as “New wave”, “Darkwave” “Industrial” or “Post-Punk”.
As the golden era of punk rock began reaching its downswing in the later ’70’s, a more avant-garde and experimental genre known as “post punk” surfaced, departing from the simple and traditional boundaries of the 70’s punk scene while still embracing the same emotional and DIY foundation. This new emerging and defined subgenre was a manifestation of the anti-cliche agenda after some grew tired of the redundant traditionalism within the punk rock scene. Artists began to diversify the typical rock sound with experimental influence sourcing from electronic music, modernist art and literature, while embodying a morbid, sadistic, and romantic element which came the adaptation of the sensitive classic Victorian gothic style in both a classic poetic sense, and in fashion.
Notable goth groups such as Bauhaus and Siouxsie and the Banshees are credited as the pioneers of goth culture in the music industry. With dramatic make-up styles, vulnerable lyrical content, and danceable beat, this new wave of music has arisen and solidified its influence in modern music. Siouxsie Sioux, front-lady for Siouxsie and the Banshees is credited by artists such as The Cure, Sonic Youth, all the way to influencing mainstream acts such as U2 and Red Hot Chili Peppers with her sexual character and, raw, Intriguing, unique, and slightly terrifying stage presence. Such creation broke down various barriers, opening the floodgates of originality back in the underground.
Transcending into the 1980’s with the major boom in synth-based subgenre, goth culture skyrockets in popularity birthing genres such as “New Wave”; a more pop-music approach as opposed to the more artistic component in Post-Punk, bridging this once exclusive genre into popular culture. With groups such as Depche Mode and Flock of Seagulls dropping hit singles, this artistic culture further established itself well beyond any traditional social normality derived from a music scene. With the culture continuously being redefined, more subgenres begin to emerge such as “Industrial” branded by bands such as Skinny Puppy and Ministry to then be later furthered by groups such as The Prodigy, KMFDM, and Nine Inch Nails thus spawning the warehouse/industrial rave scene. Along with Marilyn Manson planting the seed and furthering the goth image in the popular rock and metal wave.
With the overwhelming take-over of the grunge era of the 1990’s , goth culture begins to subside, pushing the loyal remaining Goths back into the underground entirely, until in recent times, the anti-cliche, deep, and depressive culture finds its way bleeding back into some modern social areas. More groups have been attempting to brand the dark image and embrace the anti-conformist idealism while taking heavy influence from the dark forefathers. Popular artists such as the Canadian electronic group Crystal Castles is notable for chaotic live performance, old school gothic production value, and introspective lyrical content as well as rocking a very goth punk image. Charting on Billboard’s top 200 in 2010 Crystal Castles proves a bridge can be built to connect what is known and loved about the originators with their own modern take on things.
On a more unaccepted level, very big popular figures began embodying the goth image, such as the Jenner girls in pictures with ripped tights and band t-shirts. Or Taylor Swifts blatant New found “goth influence” in newer music of hers and choice of appeal.
It’s without a doubt that were in a phase of gothic rebirth, but as seen before many times, trends and fads seem to repeat or reinvent themselves, so we wait to see what lies forevermore in goth culture. 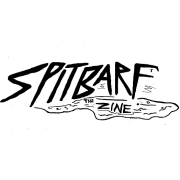