TOP 10
All Time
1
Zero Gravity Got Grounded
2
Griswolds Vocalize “High Times” in New Album
3
The Summer Set Announce Break-Up
4
Fyre Festival Crumbles Amidst Organizational Chaos, Leaving Hundred...
5
On the Dark Side of Festivals
6
Summer Camp : Who, What, Where, When and Why Are We Moving?
7
Bassnectar Leaks Info About 3-Day Bassnectar Curated Camping Festival
8
Album Review: Joytime by Marshmello
9
Chicago To Be Home Of EDC 2015?
10
Electric Forest 2016: Where Our Minds Were Awakened
Posts Tagged ‘beyonce’
-
LATEST ARTICLES
1

by carolinepejcinovicon January 13, 2020
In 2019, women dominated the Best of Charts in all shapes and sounds. From Ariana Grande, to Weyes Blood, or FKA Twigs—here are a few of the magnificent women who made 2019 their year. Ariana Grande- thank u, next After splitting with ex-fiancé Pete Davidson, Ariana Grande released thank u, next, with monumental singles such […]

On the Run II Tour

by tiernj03on July 3, 2018
On The Run Two Beyoncé and Jay-Z’s, On The Run Two tour started June 6 in Cardiff, Wales. It will end October 4 in Seattle, Washington. The tour is 42 shows in length, with 18 in Europe, and 30 in North America. While on tour, the two have released a music video, an album, and some seriously […]
2 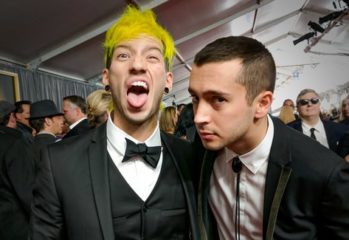 Are You Actually Listening to Your Favorite Artists?

by Alyssa O'Brenskion February 21, 2017
This week, Passion Pit singer Michael Angelakos plans to announce the launch of his new company, one that offers extensive support and resources to musicians from legal to healthcare. Essentially, Angelakos is establishing a mental health program revolving around the struggles musicians face. During this weekend’s Grammys, Twenty One Pilots received their first Grammy for […]

Doin’ It With Tame Impala on Valentine’s Day