When you’re the original three members of one of the most historical and mind-altering bands of all time, Bonnaroo gives you two full sets on the last night of their 15th Anniversary.

When you shred the guitar in a newsboy whilst still managing to make thousands of girls melt at once, you get to join those three members in a collaboration of talent, vivacity, and incredible vibes.

John Mayer joins the surviving members of the Grateful Dead in their new group, Dead and Company, and let me tell you – they couldn’t have picked someone better to work with. His sweet voice and insane guitar skills mesh perfectly with Bob Weir’s rough-yet-laid-back voice, and the two of them absolutely jam together. One song after the next, they rip off of each other’s energy and interact in a way that blew the performance completely out of the water.

Other original members Mickey Hart and Bill Kreutzmann tore it up on the drums for four full hours, along with former-Allman Brothers Band bassist Oteil Burbridge and The Dead’s Jeff Chimenti on keyboards. Donna Jean Godchaux joined the boys for a series of songs throughout the show, entering and leaving the stage periodically throughout the set-list and combining her vocals with Mayer’s and Weir’s.

The crowd consisted of every different type of person under the sun – children and their parents, life-long Grateful Dead followers, EDM-crazed teenagers, musical performers, hula-hoopers, hippies – you name it, they were there. The main stage was lit up in every color, and featured a series of psychedelic light shows and videos. From the pit all the way to the food stands in the very back, the grass field was covered front to bottom with dancing people singing along to some of the most classic songs in the history of rock ’n’ roll.

The show started at around 8 p.m., and ended at midnight with a firework display and a touching speech from Weir on elected officials’ responses to the recent shooting incident in a gay nightclub at Orlando. Weir spoke of how their hate was no different than the hate of members of Isis and other terrorist organizations.

“Register and vote,” he added, pointing his fingers at the crowd. “Get those assholes out of there.”

Weir then took off his guitar as the crowd exploded in cheers, giving a bow before exiting the stage with the rest of the guys.

Dead and Co. played a plethora of Grateful Dead songs, Mayer’s modern twist giving them each a touch of something entirely unique and perfect for the mixed group of attendees.

“Truckin’” was the opener for the first two-hour set, and the second set ended with a psychedelic-jam session and an encore of “Touch of Grey.”

The chemistry between these musicians and the adoration of the Dead’s fans melted together into one magical performance and ended Bonnaroo 2016 on an incredible note. The band continues their tour throughout the rest of the summer.

Other jaw-dropping top performances from the fifteenth anniversary of Bonnaroo include J. Cole, who brought out Chicago’s Chance the Rapper to perform his new song “No Problems,” Tame Impala’s 1 a.m. explosion of magic and color, LCD Soundsystem, Tyler the Creator, Halsey, The Chainsmokers, Death Cab for Cutie and Ween.

Some disappointments showed up too, as they typically do at such large festivals. Borns had a quiet, boring set with hardly any interaction from the crowd. Pearl Jam played their songs in a strange order, leaving all the hits for the end and losing half of it’s audience a quarter-way through the set. 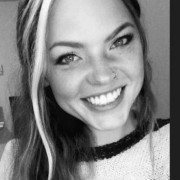 Indulging in great music with fabulous people and causing chaos downtown Chicago. Loving every second of it.

Why Did Electric Forest Go Back to One Weekend?